Alan Titley was born in 1947 in Cork City. He went to Coláiste Chríost Rí, St. Patrick’s College, Drumcondra, Dublin, and University College Dublin where he studied Irish, Philosophy and English. He was a lecturer of Education and History in Mount Carmel College of Education in Nigeria from 1967 to 1969, during which time he travelled widely in Africa. He taught in the School for Deaf Boys in Cabra from 1969 to 1974. He was head of the Irish Department in St. Patrick’s College, Drumcondra from 1981 until appointed Professor of Modern Irish in University College Cork in 2006. He has been a Professor Emeritus since 2011 when he retired. He lives in Cork and Dublin.

Tagann Godot (Clóchomhar, 1991) was performed in the Abbey Theatre / the Peacock Theatre in 1990 and An Ghráin agus an Ghruaim was performed in the Samuel Beckett Theatre in 1999. His plays have also been broadcast by the BBC and RTÉ radio. Alan is a scholar, a columnist with The Irish Times, a novelist, a short-story and fable writer, a literary historian, a broadcaster and a dramatist. He has won many awards. Most recently his novel for young people, Amach (An Gúm, 2004) won the 2004 Bisto prize. He wrote and presented the television series, Scéal na Gaeilge, for TG4 in 2012.

His novel, Gluaiseacht (An Gúm, 2009) was published in 2009 – a story about immigrants and immigration. His most recent books include: Scríbhneoirí faoi Chaibidil (Cois Life, 2010) – a series of articles about Irish’s biggest and literary authors, based on a series of programmes of the same name that were broadcast on RTÉ, Nailing Theses: selected essays (Lagan Press, 2011), agus Smuf (An Gúm, 2012), a novel for young people. He has also translated Máirtín Ó Cadhain’s Cré na Cille in 2015 (Yale University Press). Lámh Lámh Eile is his latest novel. 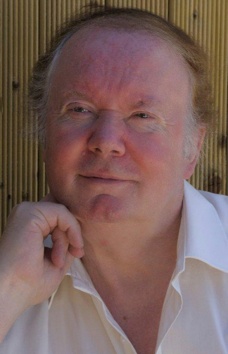